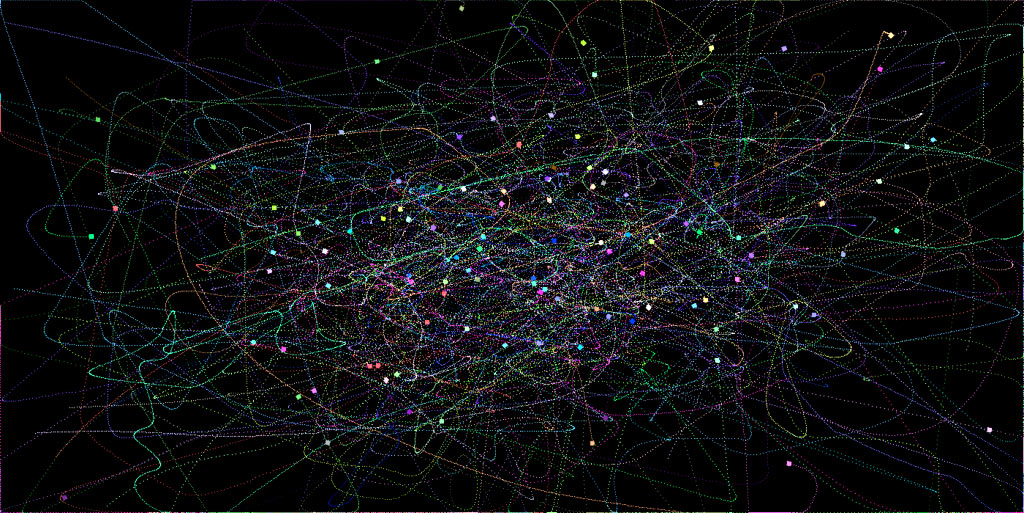 Drawbots are small agents moving in a quite random way on a surface, leaving a trace. They are mounted on the head of a toothbrush. A little motor is creating a vibration which makes the Drawbot move. A pen is drawing a line behind it.

A set of Drawbots is interacting and creating a kind of complex drawing. In the end, that motion was translated into a programming algorithm, which then created drawing by itself.