Pledges – an art installation at the Collegium Hungaricum Berlin 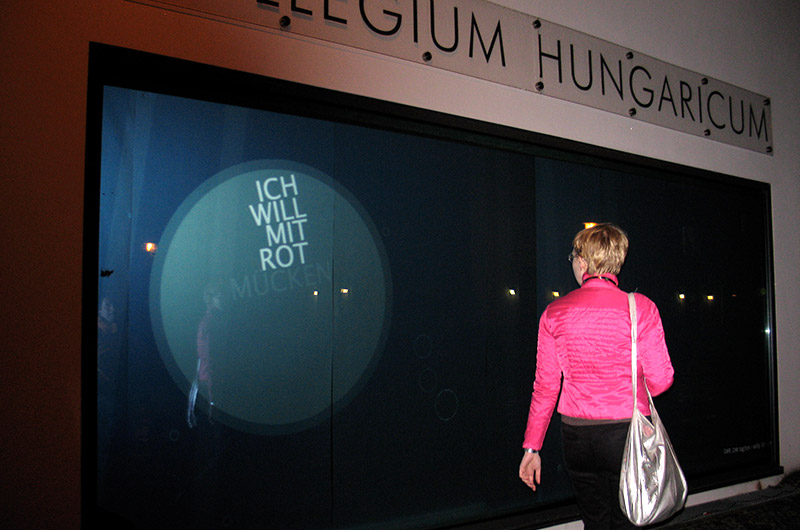 Our cities are growing every day, people on the street looking like social robots passing by without getting noticed. What could this person think? What are they worried about? What are their dreams? This installation shows thoughts and projects in a window front while people passing by.

The CHB – Collegium Hungaricum Berlin – as a unique building. A café at the ground level provides a large window, which we used to project into it. The upper part of the building hosts a cinema with a translucent screen, where we could play on as well.

When an anonymous passenger walks by the window, a circle appears on the window which shows a thought – a pledge. It appears with the same speed and direction of the person and decelerates slowly. The circle then slowly moves up from the window of the café to the screen of the cinema.

Here, all the other circles have been collecting for some time. Some of the circles will burst, others will pass the top and so «come true».

Two twin Laser light barriers on each side of the window track the passenger’s walking direction and speed.

Origin of the pledges
Pledges were collected beforehand through a website. People could also rate it. The quantity of showing a pledge was related to the rating.

An interactive installation at the CHB.

2009 at the University of Applied Science Potsdam